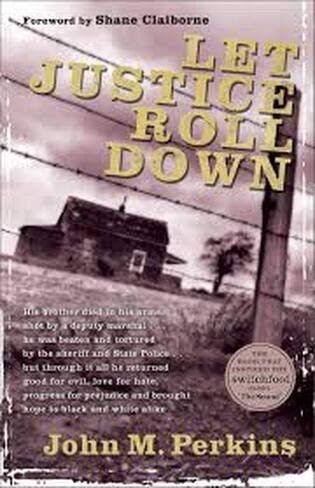 For the month of June 2020 my book choice is by one of my favorite Civil Rights pioneers and a father figures to the community I grew-up in. Dr. John M. Perkins aka Papa Perkins is the voice of racial reconciliation. This clear in one of his books Let Justice Roll Down.

His brother died in his arms, shot by a deputy marshall. He was beaten and tortured by the sheriff and state police. But through it all he returned good for evil, love for hate, progress for prejudice, and brought hope to black and white alike. The story of Dr. John M. Perkins is no ordinary story. Rather, it is a gripping portrayal of what happens when faith thrusts a person into the midst of a struggle against racism, oppression, and injustice. It is about the costs of discipleship--the jailings, the floggings, the despair, the sacrifice. And it is about the transforming work of faith that allowed John to respond to such overwhelming indignities with miraculous compassion, vision, and hope.
​ 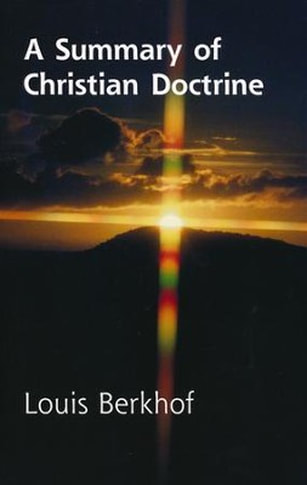 The author Louis Berkhof starts off with a series of initial thoughts, as it relates to mankind’s limited comprehension regarding the vastness of God. This is derived from an exegesis of Old Testament and New Testament scripture referencing the names of God that characterize his nature, yet never defiantly defining His beginning. Berkhof discussed how mankind’s knowledge of God is twofold which include inborne knowledge, that is general in nature and acquired knowledge which comes by learning from God’s general and special revelation. Berkof concurs that it is impossible to define God, but renders a description of God, describing Him as a pure Spirit in infinite perfection.

While mankind is trapped in a perception of who God is and continues to seek Him from a perceived beginning that is rooted in man’s corrupted perception, God continues to reveal Himself in scripture. This is brought out by the author through the focus of the names of God, also His attributes, that is in the perfections of the divine Being. They are classified as incommunicable attributes that emphases absolute distinction between God and creation.  As well as commutable attributes where there is resemblance in man. However, that which is seen in man is finite or limited with imperfect likeness of the infinite and perfect God, according to Berkof.

Berkof continues deeper into the essential nature of God by analyzing the Trinity through scriptural proof. While observing the mystery of the Trinity and confessing a doctoral statement that the Bible teaches, while God is one, He exist in three persons, called Father, Son and Holy Spirit and their divine order, that is reflective in their work. This brings the reader to the works of God and the divine degrees in general. Berkof brings to light that the decree of God is His eternal plan and purpose, in which He has foreordained all things that come to pass. Introducing predestination to the reader as it relates to the plan and purpose of God respecting his moral creatures, according to Berkof.  This covers man, both good and bad, angels and devils and Christ as the Mediator. Therefore, for spotlighting election, reprobation and amazing saving grace.

Berkof goes further after the discussion of the decrees to their execution, which begins with the work of creation. Berkof includes time of creation, the final purpose of creation and substitutes for the doctrine of creations. This also sheds light on the spiritual world, the existence of angels, classes of angels, and their scope of work good or bad. Berkof then summarizes the element of God’s divine providence which includes three elements. First, Divine preservation, which is the continuous work of God by which He upholds all thing. Secondly, divine concurrence, which is the work of God by which He co-operates with all His creatures and causes them to act precisely.  And thirdly, divine government, this is the continued activity of God whereby He rules all things to that they answer to the rule of their existence according to Berkof. Therefore, tying in all the element of the divine providence of God and His work. 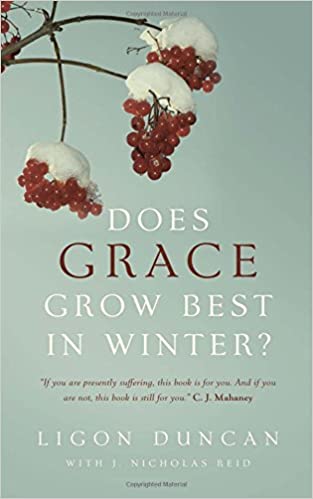 With a lot of time on our hands due to COVID-19 "Stay at Home" orders across the United States people are trying to find new ways to entertain themselves. If reading is a favorite past time for you, my suggestion would be to "re-reading" some books that you already have in your home.

I would like to share my list of books that I am "re-reading" during this time of seclusion. I am currently browsing again Does Grace Grow Best in Winter? by Ligon Duncan with J. Nicholas Reid. Its subject matter was hard for me to read when I first encountered the book a couple of years ago.

Suffering is not a subject most people would like to talk about, especially if you have just come out of that season yourself. But during my first read of this gem, I became even more thankful of the reminders of my own time of suffering. As the authors explain, "Suffering afford seasons for growth in ways we would not grow otherwise."

How appropriate, during a pandemic which has caused economic hardships and death for people all over the world.  This book prepares the reader for suffering and understanding its purpose and why God in His wisdom allows trouble and pain? Shedding the light on the age old question, "Why me?"  The book is also accompanied with study questions that aid in refection. It also could be used in discussion groups with family and friends via phone or video calls during this tough time of social distancing.